Know the main media and the characteristics of each 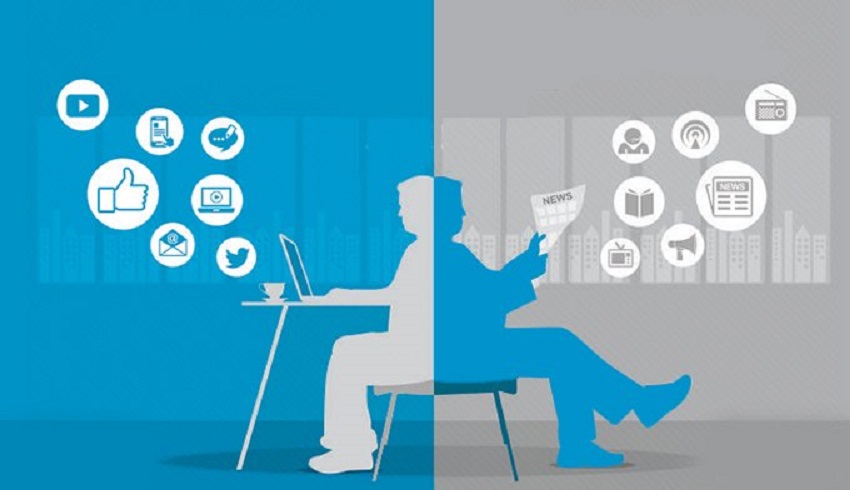 27 Feb Know the main media and the characteristics of each

Posted at 12:54h in Blog by Tracey Holmes 0 Comments
0 Likes

The media always existed in society, but with great improvements throughout history. Today, they are modern, reach many people, and are fundamental marketing tools, that is why it is so important to know what they really are.

So what is the media? This seems to be a simple question, however, a new one arises every day and that is directly connected to the technological advancement of digital transformation and society.

For marketing professionals, knowing each of these media is essential to optimize their strategies, since, in addition to enhancing the options in terms of marketing strategies, it reveals how the public is distributed among the various channels.

Thus, each business can identify in which of them its audience is concentrated. And, precisely for that reason, it is essential to know more about them.

To better understand them, in this article you will find several important points, such as:

What are the media?

Communicating is a human need since the world exists. This is why the media are all channels, instruments, or ways of transmitting the information.

These are so broad that they range from writing and drawing to the communication technologies that we know today.

How has the media evolved?

Today, it is easy to identify which are the most common means of communication:

However, that has changed over time and it is important to remember that history deals with these media from the most rudimentary copies.

It is worth considering that many of these media were not based on the technological idea, since they were considered as media:

Following a chronological order, among the best-known media, the sequence of appearance was:

From them, naturally, with the deployment of technology and digital transformation, several variations emerged.

During the evolution of resources, the integration between technologies was a significant framework that, despite being very natural in modern times, needs to be deeply evaluated.

A good example is the telephone: who would say that it could originate other forms of communication such as video calls, instant messages (such as  WhatsApp ) and still take over a lot of Internet-related channels?

So despite having the same definition, the main difference between all these options is the distance, scope, evolution, and impact they have on society.

What is the importance of the media in society?

This conception acquired real prominence from the moment when technology brought innovations and new ways of undertaking communication. So we can say that its importance lies in that:

What are the most used means of communication?

Among the different media, some have the preference of the population.

Just as the Internet emerged with the development of technology and advanced considerably among the favorites, TV and radio did not stop having an impact on society. Within different contexts and needs, each of these media meets the demands of the public.

Marketing can be in all media, always with strategies developed to reach the public and the buyer person in the best possible way.

Therefore, the way of taking action is adapted for each of these channels, since this interferes with the efficiency of the campaigns.

It is also important to understand that popular media are the ones that society is used to using.

Next, we will explain a little more about the main channels, what adherence is like and how the population uses these alternatives.

Television was one of the inventions that had the greatest impact on society and is shown as an efficient and complete means of communication, which transmits information, advertising, and entertainment.

For society, having all this in a single medium generated a great impact and transformed television into an extremely attractive medium from the beginning.

Considering some data obtained in the National Survey of Audiovisual Content Consumption in Radio, Television, and Internet in Mexico in 2017, we understand the following:

Radio is one of the oldest means of communication. On its importance, she held a prominent place in the development of society.

According to the survey, in 2017, 38% of the people interviewed declared that they listen to the radio.

Despite not engaging so much for not having images, it plays a fairly important role. This channel also unites information, entertainment, and advertising, but with a different format.

About information, it is limited to specific times of the day, such as in traffic in the morning.

However, the consumption of music on this channel has decreased notably, since it has great competition on streaming platforms and the Internet.

The advancement of the internet is clear and the study offered data that prove that: 43% of the population affirms that it is their preferred means of communication to consume audiovisual content. This is likely to occur due to the breadth of possibilities it offers.

Explaining this is simple, considering that it provides many advantages and comforts, some of these are:

Another important issue is the increasingly broad access that is not limited to social classes. The National Institute of Statistics and Geography presented data from the 2017 National Survey on the Availability and Use of Information Technologies in Homes, in which it highlighted that 71.3 million Mexicans have Internet access.

How has technology impacted the changes in the media?

It is impossible to talk about what the media is without considering the fundamental importance of technological evolution.

If the Internet is evolving as a broad channel today, it is due to the way it developed over the years.

This was a factor that also transformed the communication channels and with this, a worldwide connection and union were achieved.

Smart TVs, for example, allow access to applications, providing users with much more than open or closed programming.

Radio is not limited to stereos either, as stations can be tuned over the Internet.

The software streaming has its own channels, usually customized according to the taste of the audience.

Many media have existed for several years, however in each technological advance what we already knew develops in incredible ways.

Perhaps the biggest impact of technology on communication is segmentation. Digital marketing has that possibility as a base, ie, campaigns and actions directed to your target audience.

Even though the Internet is wide and is used by a large number of people, some resources allow limiting the scope of advertising only to an audience of interest, and this segmentation achievement was due to:

Today, companies need to choose very well which means of communication will be used to spread campaigns.

The trend is that the Internet, mainly through social networks, is the most chosen channel for brands to achieve good communication with their public.

Taking this scenario into account, the impact of technology has been fundamental to start a new era in business.

How to use the media in digital marketing strategies?

To have an effective strategy, it is necessary to correctly choose the communication channels. For that, it is essential to consider where your audience is and which of those media it responds to best.

In this perspective, some alternatives tend to perform well. Here are the main ones.

Email marketing remains an excellent means of communication within digital marketing. It is a simple and efficient way of maintaining an adequate relationship with the public through the offer of content.

With a good feed cycle, you can convert leads and visitors into leads. The appropriate language and a good frequency of sending emails contribute to the excellence of the strategy.

It is essential to have a corporate profile to be able to communicate. Besides, being present allows:

Thus, the presence in the networks is essential, since they are part of the daily life of society.

Digital presence is everything today, especially when it comes to business! It is impossible to do good marketing without highlighting a company on the Internet.

This prominence is possible thanks to the creation and development of a website, the creation of a blog, and the publication of quality content in these media.

In this work, it is essential to consider organic traffic through Google tools and search engine optimization.

It is not difficult to understand what the media are, however it is necessary to have greater clarity on how they have suffered alterations over time.

This ensures that companies are ready to exploit them in the best way, aiming at fluent communication with their audience. As a consequence,  the correct use of media generates great results!